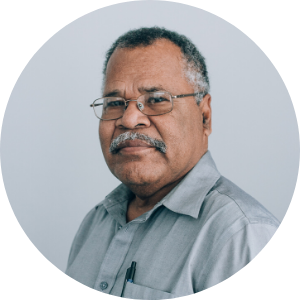 Bera grew up in a tribal culture in Fiji. He served as an employee with the Fijian government for six years prior to resigning in 1979 to do volunteer religious work. He served as a grade seven to eleven religious-education teacher for a couple of years and worked as a Youth Leader for a Methodist Church circuit, which included twelve churches, prior to his military service. He completed three six-month tours with the United Nations Interim Force in Lebanon, where he served as an associate lay pastor with B Company in addition to his infantry military duties.  He helped soldiers in their spiritual walk, had weekly Bible studies and visited soldiers at the Regimental Aid Post. Bera trained and served with several ministries, including three boat/yacht ministries. These include: CEF, World Open Air Campaigners, Every Home Crusade, the Bible Society of the South Pacific, Campus Crusade for Christ, Dayspring Ministries, Haggi Boat Ministries, Christian Small Boat Ministries, YWAM, and Overseas Mission.

Bera came to Canada in 1988 to work as a missionary among Canada’s Indigenous People. He served in a remote village in British Columbia and then worked in northern Alberta to establish a ministry centre which involved many Reserves. Bera and his wife, Bonita, established the Eagles’ Cove Ministry Centre outside of Thunder Bay and eventually founded NorthWind Family Ministries. Bera loves people and enjoys coffee time or engaging in healthy sports activities, such as boxing. He is a natural-born evangelist, and he brings both passion and compassion to any ministry endeavor.

One of Bera’s hobbies is to play match maker in prayer. He says he has seen 30 couples from his list make solid, Godly marriages. He likes praying for young people and asks God to guide their lives. As a loving parent of four adult children, he cares about young people and their future spouses.