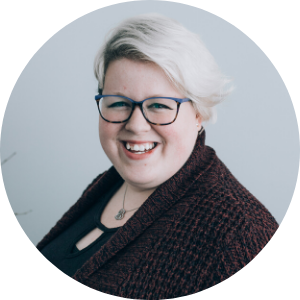 Heather grew up in the far-eastern province of our great country, Newfoundland! She comes from a family of five, right in the middle of two brothers. She grew up in church and hasn’t really left Children’s Ministry since she was a kid herself. When Heather began attending youth, she also became involved in Children’s Ministry. Following the call of God, she attended Bible College where she received a Bachelor of Theology with a major in Children’s Ministry. Heather worked in her church in the summers, running camps and assisting the Children’s Pastor.

Heather came to love the Indigenous peoples of Canada through a professor who talked about a people group that he loved and about his mission work. Combining that with her passion for children, God led her to where she is today. As a Missions Canada worker, from the Pentecostal Assemblies of Canada, Heather has begun her journey with NorthWind Family Ministries as the Children’s Ministry Team Lead. Words from a sermon she heard several years ago encourage her: “You don’t need a complete road map to be in the center of God’s will.”

Heather loves exploring, playing board games, studying Myers Briggs, and doing whatever it takes to make someone laugh.