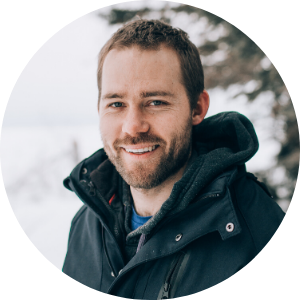 Jeremy grew up enjoying the St John River Valley in rural New Brunswick. As a born farmer, he developed a love for plants of all kinds while working in the family based business known as Jolly Farmer. There he learned lots about the processes of developing healthy roots on young unrooted cuttings.

This growing process prepared him for a major turn of events when in the early summer of 2019 he left the business through a call from God. He moved across the country to relocate in Thunder Bay where he felt God calling him to work with a new church plant in the city. He had been to the city in earlier years and certain situations moved him to learn more about the struggles of the Indigenous people; he felt a strong tug to be involved. It was not long before he became a part-time employee of NorthWind Family Ministries.

Today he hopes to grow something new! If not plants, which he still loves, he hopes that with God’s help he can journey with people as they grow.

He loves the people, the bush, the lakes and the sunsets and sunrises of Thunder Bay. As he met his wife here in the city, he expects that at least for a good while…he’s around to stay!!